In which ‘s the least complicated spot to make love?

When problems and conflicts are worked through properly, they bind people together and give them a depth of intimacy and caring, that other, more superficial (and less painful) relationships never experience

As mentioned previously, if we are leaving because we are “thin-skinned” or have not resolved conflicts Biblically, it is likely that we will just face the same problems in the next church we join. And as an old friend used to quip, “God is more concerned about your character than your comfort.” Often, the problems we face in a particular church are in reality, opportunities God is giving us to work through problems, character flaws, weaknesses, or even to help and minister to 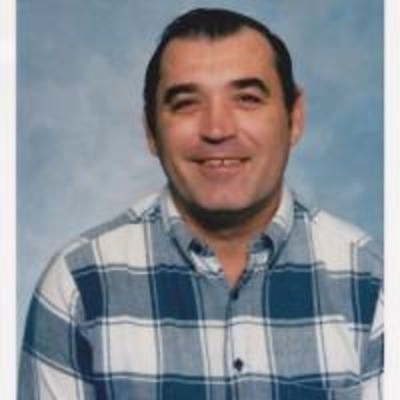 other people. Think about your marriage; you’ve been through a lot together, and some times it got pretty rough, didn’t it? (If this isn’t the case for you, I do marriage counseling on Tuesdays and Thursdays; call my secretary for an appointment).

And sometimes, God has so providentially arranged circumstances in such a way that YOU have a particular ability to help a church with problems or weaknesses. One of those unstated assumptions we mentioned earlier that many Christians have today is that the church exists to minister to ME. Therefore, if the church ISN’T ministering to me, then we feel perfectly justified leaving and trying someplace else. However, what we forget is that often, God may want YOU to minister to THEM! Yes, that’s right, God gave you certain gifts, talents and life experiences and He expects you to use them for His glory. Hence, He sends you to “Brand X” Evangelical Church and expects you to use what He gave you to help them become a better church. Perhaps you have gifts in music that would really be helpful to improving their worship services; rather than complain about how “awful” the music is; maybe you are supposed to be helping them out?

Or perhaps you are disgusted that the church does not have an evangelistic program; perhaps you are supposed to start one. Maybe their Christian education classes are insipid; maybe God intends for you to start teaching? I learned this lesson many, many years ago when I was just “Joe Pew-fodder” and tried finding a “reasonable” church home. Time, after time, I could see EVERYTHING that fellowships were doing wrong, and most of the time, the pastor and elders were oblivious. Nobody would do ANY of the things I thought a church ought to be doing. So I was frustrated, and critical and blew off steam with friends.

But you stuck it out, learned what you had to learn to live in peace and love with one another so that today, your marriage is strong and solid and you cannot imagine living without your spouse, right?

And then one day, like a lightening bolt, God finally made the scales drop from my eyes; rather than complain DO something! Instead of complaining that the church didn’t have an evangelism program I started one; I just went door to door sharing the gospel with people; yup, all by my lonesome, with no support or money or even interest from anyone else in the church. But instead of complaining about what other people were NOT doing, I just got on what I knew I was supposed to be doing.

And amazingly, God blessed! For the first five or six weeks of door to door evangelism (on a military base in the barracks) God led me to people who were willing to prayer a prayer of repentance and faith. After a while, it got around that I was having this ministry and amazingly enough, another young man asked me if he could come along. Then, we saw OTHER people coming to faith in Christ; and a bunch of other Christians suddenly wanted to be involved. Before you know it we had several Bible studies going on every week; some for converts, some for “discipling” the brethren in how to do evangelism. The result was one of the most productive periods of my life.